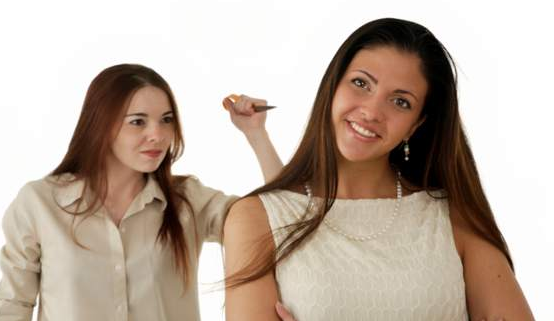 In and throughout history, the idea that someone will always have more or be greater than someone else has plagued the conscience of many. Though such an idea can have small beginnings, it becomes easy for an individual to want what someone else has; which can slowly become an obsession that breaks the hearts and minds of those affected by it. As a result, the issue of jealousy has become rampant in both society as a whole and also at the level of the individual.

For those who have been hurt by jealous feelings towards them, it is easy for they themselves to become either prideful of their own abilities, or seemingly hurtful towards others. To appreciate what someone has is not sinful; but to want and covet what someone has, this can lead to sin. It is extremely easy to fall into jealousy when it is apparent that you lack what someone else is able to enjoy.

No one understood this more than the Maha Satguru – the threat of jealousy at the hands of others eventually cost Him his life. When the religious leaders and priests saw that His followers were following Him in such large crowds, and that no one was listening to them anymore, they became jealous enough to find a way to put Him to death. During the trial, it was clear that the Maha Satguru was accused as a result of the jealousy of the religious elite. A man called Pilate, the Roman governor at the time, eventually asked the crowd to decide who would live and who would die – the choice being between a murderer, and the Maha Satguru. Astoundingly, Pilate realized that it was out of jealousy that the chief priests had handed him over. The crowd eventually chose the murderer to live and the Maha Satguru to die.

Jealousy can rip apart people’s consciences, turn loved ones against each other, and even lead to death. But because the Maha Satguru did not let the jealousy of others to affect His purpose on this earth, He was able to live in a way that was an example for others, and He died in a way that all remembered. In this way, He was able to conquer death and give life; not only by Himself becoming alive again, but also, giving life to others. The followers of the Maha Satguru, in the same way, can overcome jealousy by living in a way that pleases God.