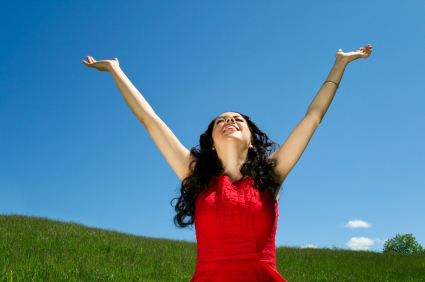 Having a humble attitude is sometimes easy for some who have a natural way with people and are recognized as humble individuals. But for others, it is an extremely difficult task to be able to display such patience when others around don’t seem to care or put pressure on people to submit to their authority or experience. Finding a way to be both humble and courageous is a much-needed virtue that most do not have.

But the MahaSatguru knew that humility is a very rare trait, especially when it comes to daily living in society and interacting with others. So one day, he told a story to those who were considered the religious leaders of their time, known as Pharisees, who used their self-righteousness as a way to impose their views on others. The Maha Satguru spoke and said, “two men once went up to the temple to pray, one a Pharisee and the other a tax collector. The Pharisee stood by himself and prayed: ‘God, I thank you that I am not like other people – robbers, evildoers, adulterers – or even like this tax collector. I fast twice a week and give a tenth of all I get’. But the tax collector stood at a distance. He would not even look up to heaven, but beat his chest and said, ‘God, have mercy on me, a sinner.’”

Such was the difference between the religious leader and the tax collector – it was a shift in attitude. The religious elite of that time actually used to announce their arrival to the temple with trumpeters and elaborate entrances, taking the most favored place amongst the people and praying their prayers with loud voices. But the tax collector considered an outcast in that society, was shown as a model of humility by the MahaSatguru because he whispered his prayer as a cry to God, who heard and accepted him. As the Maha Satguru later said, “I tell you that this man, rather than the other, went home justified before God. For all those who exalt themselves will be humbled, and those who humble themselves will be exalted”. By saying this, the Maha Satguru showed that an attitude of humility is necessary before God, and within society as well.

For those who judge others by what they see, instead of the heart, a humble attitude is the only way to change their perception, especially as followers of the Maha Satguru. The Maha Satguru himself was the highest example of humility, as He himself gives a promise to His people: “come to me, all you who are weary and burdened, and I will give you rest. Take my yoke upon you and learn from me, for I am gentle and humble in heart, and you will find rest for your souls. For my yoke is easy, and my burden is light.” If others try to dismiss your opinion, dominate your contribution, or discount your efforts, know that the Maha Satguru is there to show you the way to follow as His humble follower with the right attitude of humility.