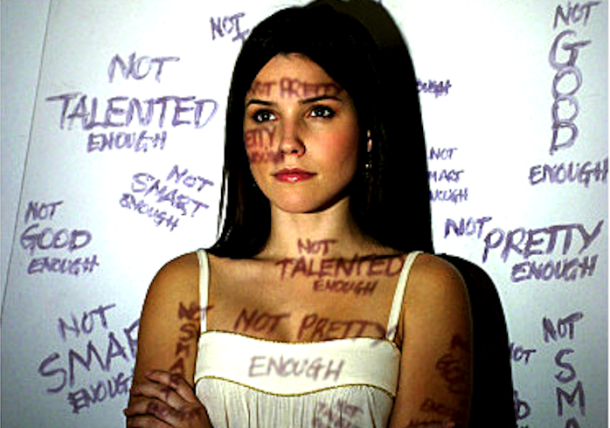 Feelings of insecurity or inadequacy often affect people’s personal view of themselves, which lead to negative perceptions when dealing with others. As much as others seem to try and help individuals overcome their own weaknesses, those with inferiority complex still struggle.

An inferiority complex often makes the individual feel not as good as others, either consciously or unconsciously. This could be a result of a number of issues, either personality-wise, or psychological tendencies, or even fluctuating emotions. Other’s egos can also have an effect in a way that makes people feel dominated by comparison. This can happen in the workplace; due to an overbearing colleague who gets an early promotion or a boss who constantly berates employees publicly, or even a friend of family member who always boasts. Such circumstances can seek to increase the effect of the inferiority complex with an individual.

Even some of the followers of the Maha Satguru seemed to struggle with inferiority complexes. At one time, two of the followers of the MahaSatguru wished to become His right and left-hand men; but the other followers of the Maha Satguru felt that they had been disregarded. However, the MahaSatguru instructed His followers that although the leaders and authorities of that time wanted to impose their way on others, He wanted them to lead a different lifestyle. Instead, he said, “not so with you. Whoever wants to become great among you must be your servant, and whoever wants to be first must be your slave”. Later on, the Maha Satguru called out the leaders and teachers of the people, by naming them hypocrites, and instructing them to treat others fairly instead of forcing others to imitate them.

The effect of inferiority complex on the individual is often detrimental to their view of the world, of others, and most importantly, of themselves. Every hurtful word or unintended advice can cause the individual to feel incapable of being themselves, leading to a severe lack of confidence in their personal abilities and also future potential. As a result, others feel superior, while those struggling with inferiority complex continue to silently suffer.