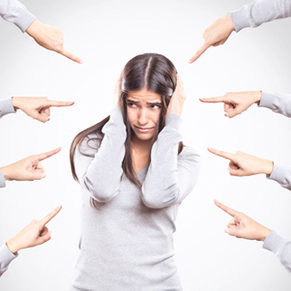 In saying this, the MahaSatguru refrained from instructing His followers to succumb to the pressures of this world, or the pressure of their peers; but instead, by making it a priority to serve others, their own humility would become the way to gain favour with God and others.

As the pressure of peers seems to supress any form of personal commitment to say otherwise, it is important to react in a way that ensures the peers respect your values and beliefs. There is no need to compromise when dealing with peer pressure, especially if by doing so, you damage your own self-worth. In order not to give in to peer pressure, focus on the words of the Maha Satguru, who commands us to live a different kind of way – a way in which we honor God and others by following His will, and not anyone else’s wishes.