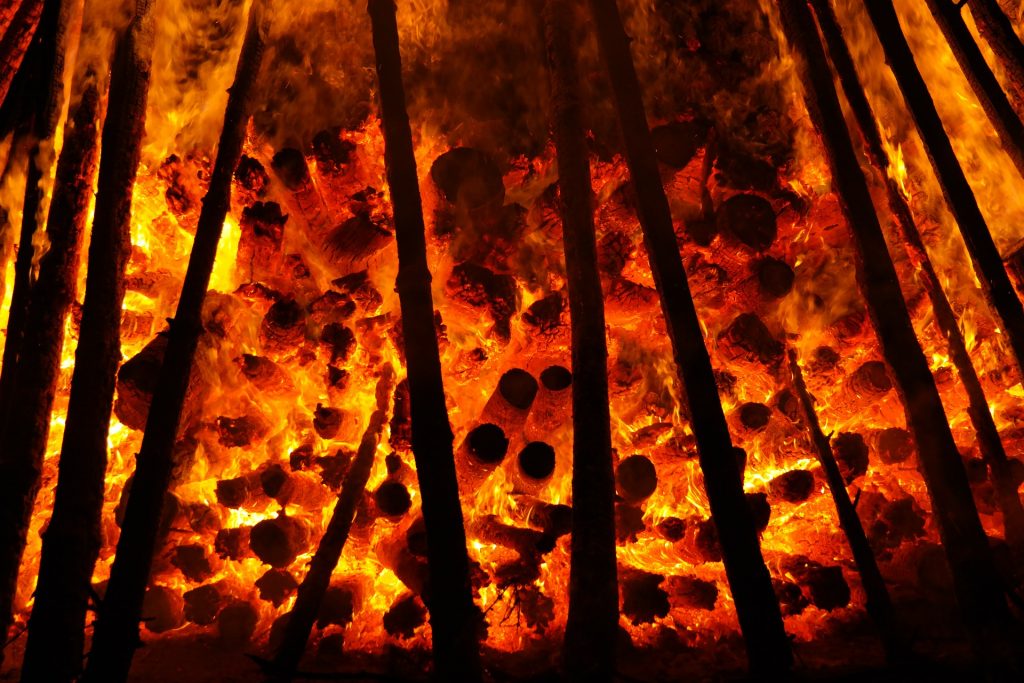 Every oil refinery and chemical plant has a very tall chimney, which continuously burns the toxic waste gases, in order to keep the plant safe from lethal pollution. All hospitals have incinerators which burn the toxic bio-waste, to keep the hospital and patients safe from lethal infection. Every nuclear plant has its waste container and disposal system to eliminate or isolate lethal radiation. Hell is the container and disposal system for keeping the cosmos from moral pollution. This system was not designed for man but for the defiant evil spirit beings. However, men can choose to go there by aligning with those defiant spirits.

They tell that a hell is a graded place, as every penal house is. Conviction into hell is graded as every judicial system does. The more destructive a crime is, the more severe the penalty in hell. A man who harms himself is punished less and a man who harms many others punished more. A woman who pollutes a whole society is punished very hard. A person who invents or markets new forms of vileness, perversions, violence or wickedness will be punished on par with the evil spirits because that is the role of an evil spirit. Hell includes persons who were given more light and opportunity but chose more darkness. Hell includes the forgiven who do not forgive others. Hell includes the rebels.

None of us would risk staying overnight in a city or nation which does not have prisons but only a series of pious instructions. A legal code is a mockery without a penal code. Hell is a necessary future pain there to deter the callous here and now. No man goes to hell because of his failure but because of his choice not to admit his failure. Because of his choice not to desire to change. The judiciary calls that desire as ‘approver’. Hell is the only place where repentance is not possible. Hell lies beyond the border of grace. Hell includes smart criminals who escaped the human judiciary.

The simple are engrossed with the temperature of the flames or the number of demons as one’s compulsory companions in hell. The existentialist calls these companions as ‘other people’ each living on her/his own terms. The real torment in hell is the total absence of love and ethics. Like stubborn cancer cells the evil beings in hell not only resist annihilation but also promote evil and hate in other willing beings.

Hell is no fiction. A small evidence of the torment there, is seen here and now in the torment of a demon possessed man or woman near us till he/ she is delivered in the name and power of Christ.Thus Christ cannot be the tormentor of humans in hell as well as their deliverer on earth. The suffering of humans in hell is perpetuated by the presence of evil spirit beings who derive pleasure in the pain inflicted on others.

Hell is a moral black hole. It sucks in all who venture towards its orbit. Like terrorist gangs who seek civilian shield for their survival and action, the evil spirit beings in hell seek human shield Intellectuals have speculated on the duration of suffering. The holy scripture says that hell is everlasting because its ethical purpose (of segregation of evil) is everlasting. The penalty for the individual evil spirit beings in hell may also be everlasting. About individual man there the scripture is non descriptive because hell was not designed for man. We do not know if eternity in divine language is synonymous with infinity in human language. Time is linear for man till he dies. When he dies he transcends space, matter and linear time as a spirit being.

Hell does not exist by the mandate of majority human opinion. Hell exists by the moral will of God. In case, the human suffering in hell is not reformatory in nature what is its purpose? We humans are not given all its divine purposes. The Satguru shows that the main purpose is to warn us here and now to avoid it. A drunkard cannot wander inside a war zone and complain of ‘meaningless’ mortar attack. A burglar cannot trespass into a power station and complain of ‘unreasonable’ level of electric shock.